In my GSM game you play as Barack Obama and you fight through Zombies to try and save your family. You have to get back to the White House from a meeting. Your family is stuck in the Green room and The Oval Office. The three levels are, Venture Back Home, Save the Children and I’ll save you!

For the first level, your mission is to make your way back to the White House. You were in Florida for the weekend for a meeting but you were told your family was stuck in the White House and it was almost impossible to get in. You fight through Zombies to get home. You find out more about your family. You were just informed that they are trapped in seperate rooms but you don’t know which. But there are too many zombies and they are slowing you down from getting to your family. You need to get there faster. You pick up some metal pole and start to fight your way back home. You have to get save your family before it is too late.

The first thing you need to do when you arrive to the White House is find a way inside. You could go around the back way but you would need the key. You have to find the key to get in. When you find the key you enter the house and you first have to find your two daughters, Natasha and Malia Ann. Your daughters are in the Green Room. You have to fight your way past the zombies. But before you go to the Green room you have to go find the gun that you have hidden. When you found the gun, you go and save your girls. You make your way to the Green Room but zombies are surrounding the room. There is a secret passage you need to find. When you find the room you go in and save your two daughters. You find a safe room for your daughters. Now you have to go and save your wife.

When your daughters are in a safe place you need to go find your wife and save her. Your daughters don’t know where she is so you have to go find her. You find her locked inside the Oval Office. You need to find the key to get to your wife. Fight through zombies until you wind the key. When you find the key you go back to the Oval Office. Unlock the door and save your wife. After you save your wife you go back and find your girls. Then you rush out of the White House and get into a helicopter and fly somewhere safe.

Now you and your family are all safe. In this game you learned about the Green room and the Oval Office. The different levels were; Venture Back Home, Save the Children and I’ll save you! Thanks to you your family is safe.

Joseph Kony was a very sad time in 2012. Joseph Kony was a man in Africa who would abduct children at night and make them into soliders. There was a viral video from the invisible children to get people to stop Kony.Cover the night was a thing that one night they would cover a city with posters and get the word out about Kony. Joseph Kony is the head of the Lord’s Resistance Army.

Something that everyone was talking about in 2012 was the shooting at Sandy Hook Elementary school in Connecticut. On December 14, 2012 a man named Adam Lanza went in Sandy Hook Elementary and shot 26 people. 20 where students and the other six were adult staff members. After he shot those 26 people he shot himself in the head committing suicide. That was a very hard time and now everyone is being more careful.

Something else that was big in 2012 is the shooting in Colorado movie theater. On Friday July 20, 2012 a man named Jame Holmes killed 12 people and injured 58 others. He walked into the midnight screening of the Dark Night Rises. He set of tear gas gernades and shot into the audience with multiple firearms. Most movie theaters had cops outside of them after the shooting.

The advangers of Shadow. I was not always a villian. I was a ordinary school teacher, I teach fourth grade. One day I was outside watching the kids play at recess to make sure no one got hurt. I was standing in the grass and I felt something bite my leg. I look to see what it was but nothing was there. That night when I got home from work I felt a very bad pain on my leg but nothing was there. When I woke up my whole leg was in pain. When I looked at my leg it had turned black and blue running all up and down my leg. I was late for work and I just thought it would go away. All that day I could barely stand. When I got home it had spread even more. It started to spread on my stomach. The next day I skipped work and went to doctors. The doctor said he had nver seen anything like it. He told me he couldn’t do anything about it. The next couple of days I started to notice strange things happening to me. I noticed spiders were all around me almost all the time. I couldn’t avoid them. I was day dreaming at my desk one day starring at a desk and and of a sudden the desk moved a cross the room. That night when I went home I wanted to try and figure out what happened in the classroom. So I sat for about an hour starring at a chair and about an half an hour starring at the chair it started to move inches at a time until I got it to move all the way across the room. I had been practing that for days. Each day I could move a bigger object an only had to wait a few seconds before it moved, and I could control it. One moring when I went to get ready for the morning I looked in the mirror and I wasn’t there. I splashed water on my face and half of me was there and half of me wasn’t. I could feel the half my my body that was gone. I looked behind me and then back into the mirror and I was all there. I got really freaked out! The next couple of days I refused to get out of bed. One day one of my friends came over and we were just talking and he noticed a hole in my chest and my whole body started to disappear but when I felt my body it was still there and I realized I wasn’t disappearing I would turn into my surrondings. After a while I learned to control it and knew when to use it and when not to use it. After finding out about all my powers I started to have bad thoughts. I found a black jump suit and I felt like I had to do this. I would black out and I would wake up in the strangest places. In the news I saw an article about this villian and her name was Shadow. Soon after I figured out the villian shadow was me. I do not remember anything when I black out only the things that the newspaper tells me. I still work as a school teacher. But when I black out I am a villian. 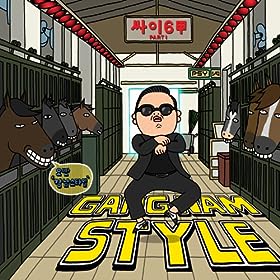 Another song is the nayan cat song by prguitarman or Christopher Torres. It dosen’t have any words and it repeats it self over and over again. It is also non-stop it only stops when you log off the site. One of the worst songs ever is, the Gummy Bear Song by Christian Schneider.It is a bad song because when the bear sing he has an annoying voice. It also repeats its self the whole song.

The last song I think is annoying is the song Friday by Rebecca Black. I think it is the one of the worst songs because when she sings it she has a nasal effect in her voice and when she sings it, it seems like all she says is Friday.

Somethings I would improve about our school is,the school luches. They should have a better vairty of foods. It seems like everyday we have meat. And they should give us more to eat. That is one of the things I think they should change about the school.

My top 5’s are video games;

One of my favorite games are Minecraft. I play Minecraft on the computer, Ipod/Ipad and Xbox. In Minecraft you can build design anything you want and you can fight monsters,and craft different things. All my brothers and sisters play Minecraft too. They spend hours playing on it but I don’t play it as much I only play in once in a while. Minecraft is a really fun game.

Another video game I like is Call Of Duty. The call of
Dutys’ I’d finished so far are MW3,MW2 and Black OPPs. Call of Duty is a war game. You can play online against people or do a split screen with someone. One of my favorite things to do on Black OPPs is Zombies. In zombies you try to kill all the zombies and try to turn the power on. Call of Duty is on of my favorite games.

One of my other favorite video games are Happy Wheels. Happy Wheels you play on the computer. I like it because other people on the Internet create different maps and you can be someone on a bike, pogo stick and other things. The goal is to a beat the person’s map.It is a fun game to play.

The last game on my top five list is, Harry Potter Lego on Xbox. I like it because I really like the Harry potter movies. Also, I like the different missions and you can use different spells. Also it is fun to play with two players. It is a good game.

The first thing I would like to do is, I want to travel around the United States.I want to do this because I think that it would be interesting to see all of the places that there are in the U.S. I have always wanted to go to different places and see new things.

Before I die I want to be in the high school field hockey team and win almost every game. The highschoolers are really good at field hockey and they work hard every day.

Before I die I want to own lamburgina.I think they are cool cars and I would want it in red. But I have a while until I can drive.

I have always want to live on a farm. I want Horses and chicken and all different kinds of animals.

I have always wanted to go to England. I thought it would see what types of things they do.

Last thing I want to do before I die is, go to China. I have always like China’s culture and history.

Welcome to your brand new blog at Edublogs!

To get started, simply log in, edit or delete this post and check out all the other options available to you.

Welcome to your brand new blog!

This is a sidebar and can be changed by going to Appearance > Widgets in your dashboard.